Yachts
One of the fastest yacht in the world
Built by Spanish yard Izar, 41.51-metre Foners was launched back in 2000. It was gifted by a group...
Magomed Khamatkhanov

Yachts
Inside the yachts of the 11 richest yacht owners
The world's billionaires have a long-standing history of owning some of the most luxurious yachts...
BEAM Staff

Perini Navi announced the sale of a 56m motor yacht, following the design of the award-winning Grace E, built in 2013. The Italian shipyard keeps an air of mystery about this new project in terms of her technical characteristics, it is however known that Philippe Briand will be responsible for her design.With a steel and aluminum hull, this three-deck yacht has five staterooms and is capable of accommodating up to 9 crew members. The layout shows an enclosed skylounge, aft views with plenty of open space and a pool on the upper deck aft.The shipyard’s marketing team reveals, that this 56m version interprets the recognizable design of her predecessors, M/Y Exuma (50m), M/Y Galileo G (55m) and M/Y Grace E (73m), that won Motor Yacht of the Year at the World Superyacht Awards 2015. 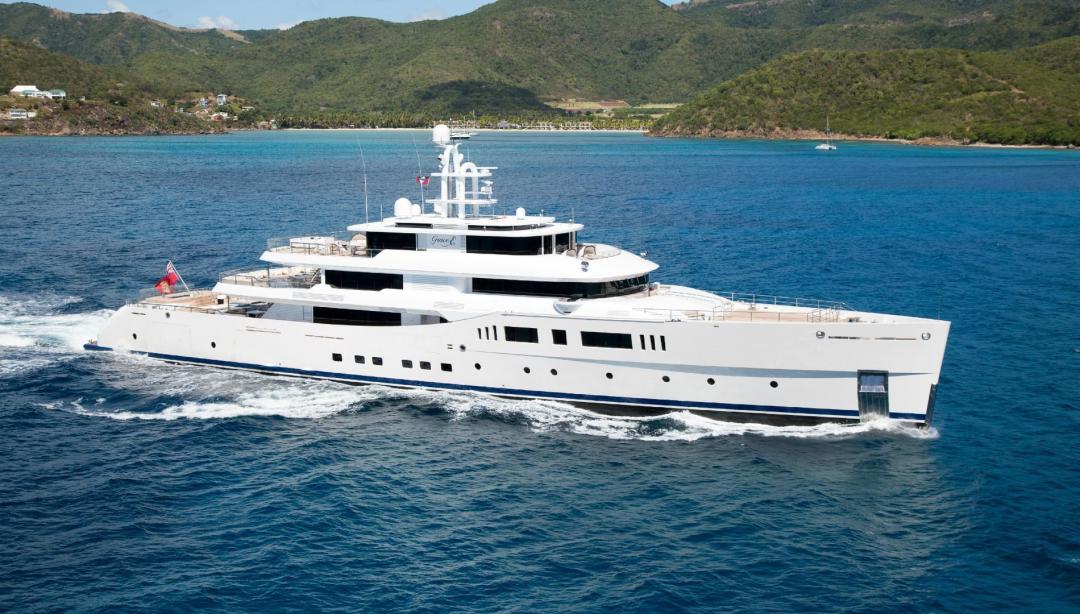 Perini Navi has three motor yachts and one 60-meter sailing yacht in build. With this contract, Perini Navi’s order book is currently at €100 million, which promises a sustainable cash flow under the prospect of the yard’s consolidation with Picchiotti Yachts under the Perini Navi brand name, confirmed on MYS in September 2017.Earlier in May, Perini Navi Group announced the Tabacchi family acquiring 49.9% of the company in a deal that put the shipyard's valuation at over €54 million

Yachts
55-metre motor yacht concept Project Phi by Royal Huisman
Royal Huisman is delighted to announce that contracts have been signed for the building of Project...
Magomed Khamatkhanov

Yachts
Russian billionaire losing his $500 million 114-metre megayacht Luna in divorce battle
Luna is a 114.2-metre superyacht built by Lloyd Werft and delivered to Roman Abramovich in 2010. In...
Magomed Khamatkhanov