Yachts
Inside the most expensive yacht for charter
Having started her life in 2004 as the 85-meter Annaliesse, one of Andreas Liveras' charter...
BEAM Staff

Yachts
Classic Riva yacht owned by Prince Rainier and Grace Kelly to be auctioned by RM Sotheby’s
RM Sotheby’s has introduced one of the lots of the forthcoming Villa Erba auction. The 1950s...
Alina Andriyanova

With the Fort Lauderdale fast approaching, we have picked up 5 most interesting superyachts that have been confirmed to appear on display, each of them launched in 2017.
#1 Vertige
Shipyard: Tankoa Yachts
Length: 50m (164 ft)
After her successful debut at the Monaco Yacht Show, Vertige, the latest yacht delivered by Tankoa Yachts is set to be showcased at FLIBS.
Her exterior design is by Francesco Paszkowski, whilst the interior was designed by Margherita Casprini. Having completed her sea trials back in April, she can reach a maximum speed of 16 knots and cruise at 12 knots thanks to her lightweight displacement hull, made of light aluminium alloy.
She comfortably accommodates up to 12 guests in a master suite, a VIP stateroom, 3 double cabins and 1 twin cabin, whilst carrying a crew of 9. Amongst her features are a gym and a cinema. She is currently available for charter from $250,000 per week.
#2 New Frontiers 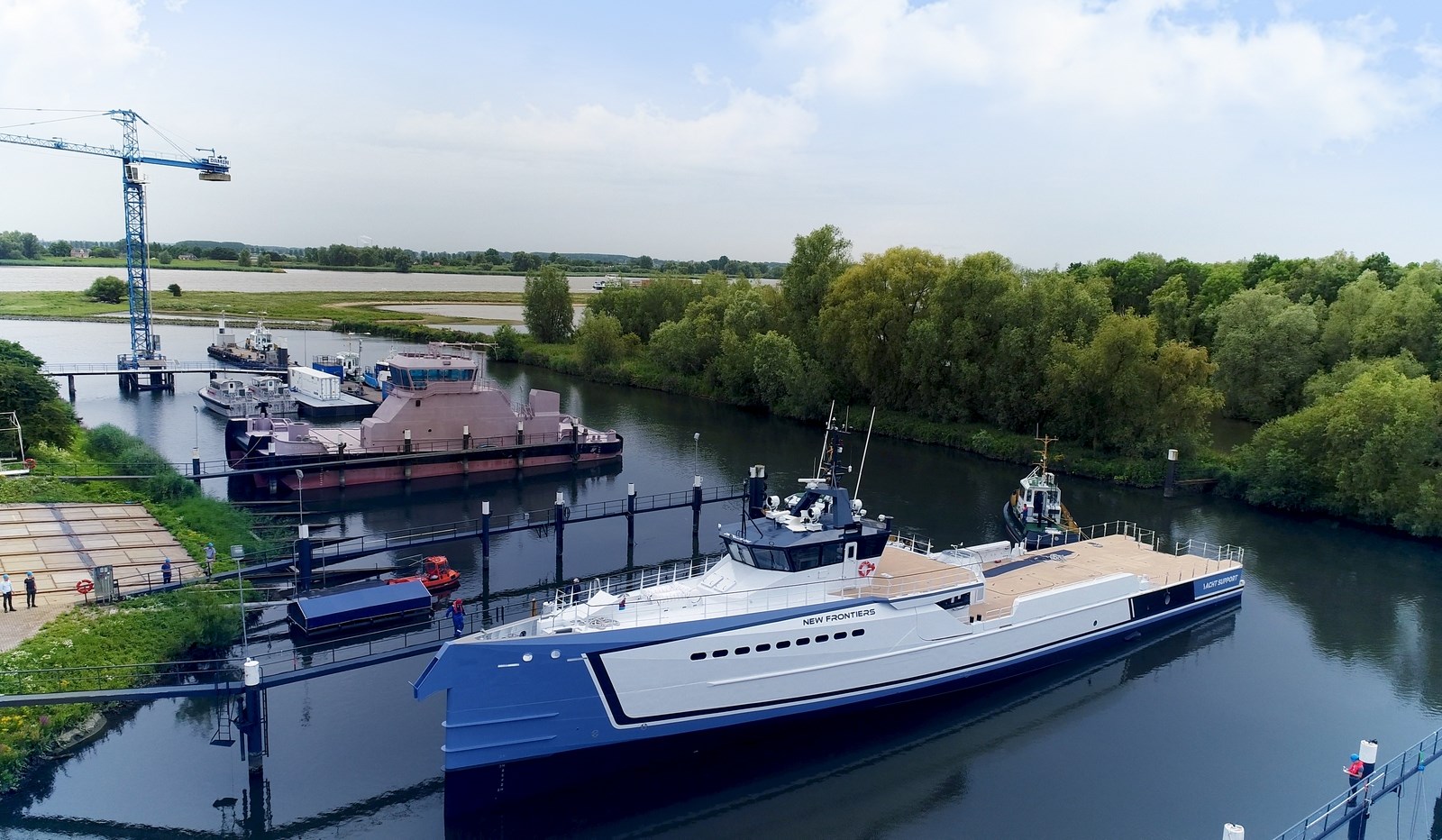 Shipyard: Damen
Length: 55.3m (181 ft)
Part of Damen's innovative series of support yachts, Sea Axe, the 55-metre New Frontiers was delivered by the Dutch shipyard, parent company of Amels, in 2017.
Built to support its mothership to the best of its capacity, New Frontiers features extensive open deck space for a multitude of tenders and water toys as well as a helipad. She also features a more luxurious lounge area for guests on board to be able to, for example, wait for their helicopter ride.
#3 Home 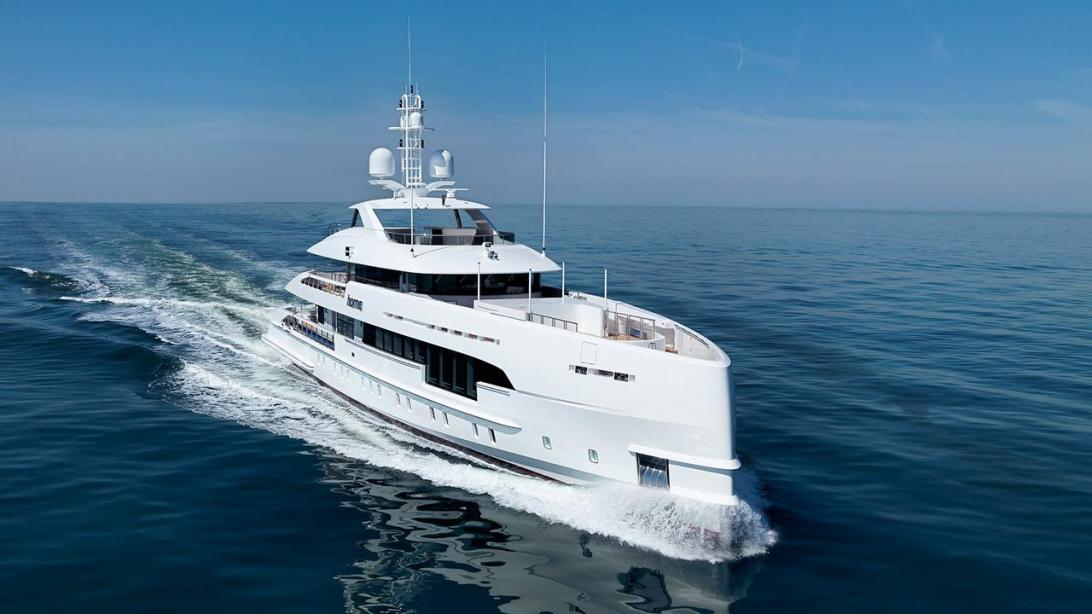 Shipyard: Heesen
Length: 49.8m (163 ft)
Home (formerly Project Nova) – a 50m all aluminium motor yacht below 500GT with shallow draft – is set to participate in FLIBS this year. Not only has Home easily exceeded her contractual maximum speed of 16.3 knots in the traditional diesel engine mode, but also expectations in her hybrid ‘silent cruising mode’ during her sea trials. Thanks to two 127kW water-cooled DC electric shaft motors, she exceeded the predicted speed of 9 knots with noise and vibration levels well below the specification levels.
The superyacht is not only ultra-quiet, but she is also extremely fuel efficient. At 12 knots, she has a fuel consumption of 98 litres per hour (excluding generators) and at 10 knots in hybrid mode this further reduces to a staggering 45 litres per hour, which for a 50m yacht, displacing 295 tons and with a Gross Tonnage of 499, is an outstanding achievement.
#4 Book Ends 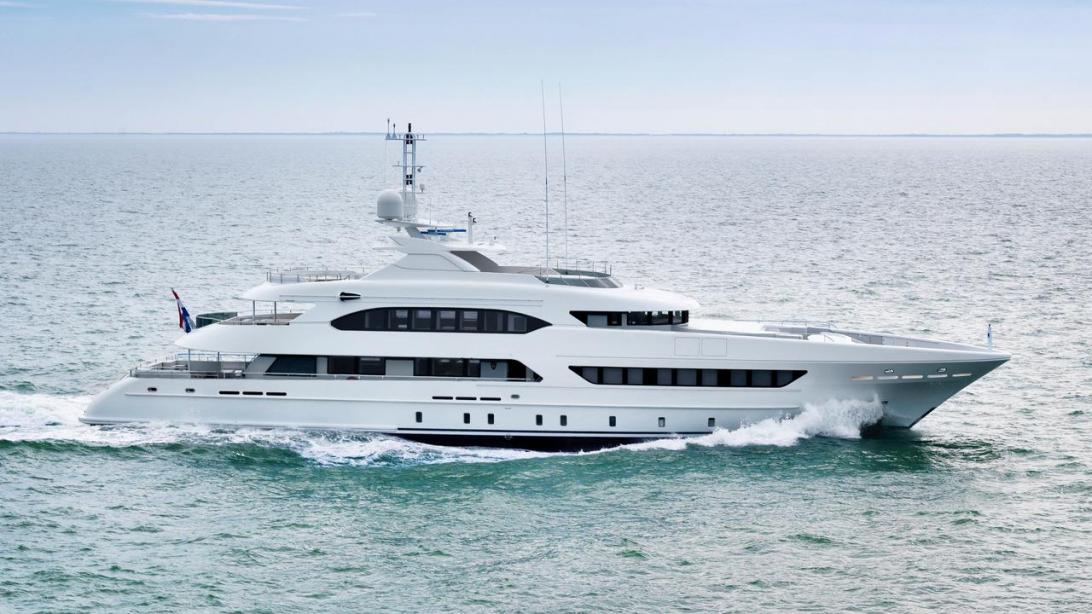 Shipyard: Hessen
Length: 47m (154 ft)
Following her maiden season in the Mediterranean this summer, Book Ends is on her way to the Fort Lauderdale show. Powered by two MTU 8V 4000 M63 engines, she is able to reach a top speed of 15.6 knots and is perfectly equipped for transatlantic crossing.
The 55-meter was designed by Omega Architects and Bannenberg & Rowell. She can accommodate up to 12 guests in 5 cabins, including a master suite, 2 double and 2 twin cabins.
#5  Skyler 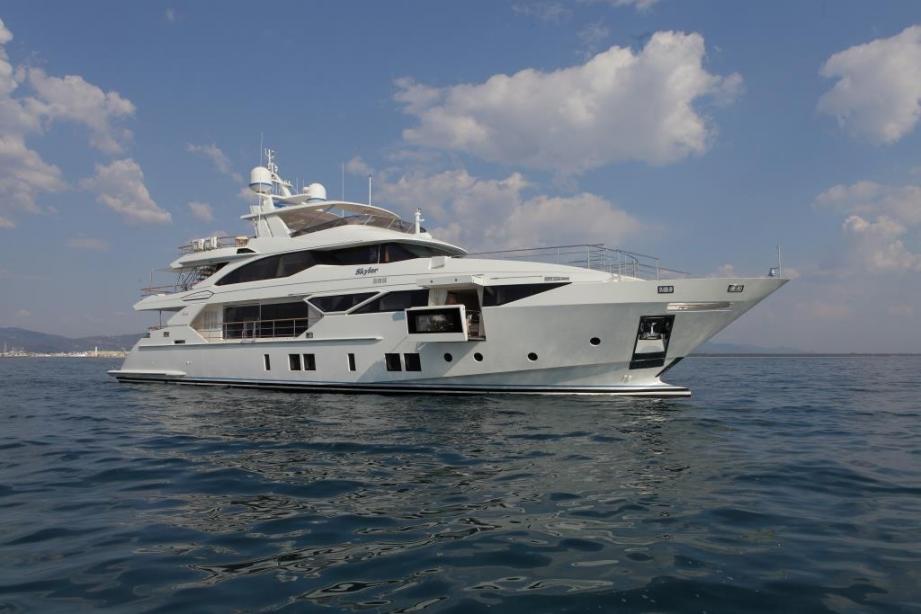 Shipyard: Benetti
Length: 38m (125 ft)
The third hull in Benetti's Fast line, the 38-meter Skyler can accommodate up to 10 guests in a master suite, located forward on the main deck, two VIP staterooms, 1 double and 1 twin cabin on the lower deck.
Designed by Redman Whitely Dixon studio, Skyler features an array of choices that expand useable areas for guests, including a large lounging area forward on the bow with a jacuzzi, two balconies expanding out of the master cabin, a beach club and a gym. She is for charter from $147,000 per week

Yachts
67m Feadship Anna listed for sale
Anna, the 67-meter Feadship delivered in 2007 to a design by Michael Leach, has now been put on...
Julia Larikova

Yachts
85-metre Solandge spotted in Trieste
Solandge is a 85-metre yacht launched by Lurssen in June, 2013. She was premiered at the 2014...
Magomed Khamatkhanov

Yachts
Is this yacht coming from another dimension? 65-metre yacht concept Roswell by George Lucian
George Lucian is a Monaco-based designer and artist, who presented his latest yacht concept after...
Magomed Khamatkhanov